Why Invest In Precious Metals

One of the most compelling reasons to roll a portion of your portfolio into a precious metals IRA, is to diversify your retirement savings. Diversifying with precious metals is key to protecting your investment portfolio from volatility and declining markets. Due to rising risk and economic uncertainty, markets have become more volatile, making precious metals a critical asset to hold for your financial future. If all your eggs are in one basket, meaning if you’re entirely vested in one asset class --- then you are putting your retirement at risk. Precious metals can provide critical diversification to help protect your portfolio from volatility and even total loss.

It’s no secret that gold and silver have experienced steady gains for decades and have soared to new highs, over the last several years. Now with interest rates slowly on the rise, history has shown that when rates climb, gold follows. And, with no clear resolution to the post-pandemic economic fallout, many expect the price of gold and silver to continue increasing well into the future. This is what makes a precious metals IRA such a smart option for retirement planning, particularly right now.

Over the past two decades, the Fed has printed paper money at an alarming rate causing the U.S. Dollar to dramatically lose purchasing power. There are no signs that they will stop anytime soon. Gold and silver tend to hold value above the rate of inflation. This is critical for smart retirement planning. Gold and silver have an inverted relationship with the U.S Dollar, so holding precious metals in your financial portfolio will help you maintain the purchasing power of your savings --- so you can maintain your quality of life throughout your golden years.

The essential goal of any investor is to maintain his or her quality of life during retirement. Precious metals can help you achieve this because of the financial benefits outlined above. With a gold-backed IRA, you can have peace of mind knowing that your investments are properly diversified and ideally positioned to protect you from market volatility and any sudden loss of wealth due to economic factors beyond your control. Your retirement holdings should enable you to live stress-free and anxiety-free without constantly worrying about impending economic downturns or a sudden deteriortation of the U.S. dollar.

Many financial experts recognize that diversifying your investments can help reduce volatility and improve your overall portfolio performance. In these troubling times, you need to protect your portfolio by diversifying with assets that are not closely correlated to one another. Most investors have similar asset classes in their portfolio that are closely aligned. Gold is the perfect diversification tool for most asset classes because it has historically shown a low correlation with most asset classes, meaning if they go down, gold goes up.

Gold reacts to a different set of market conditions such as peace-of-mind demand in times of political and economic uncertainty, and it has unique properties because it can be used as currency. Gold has maintained its value over the long-term serving as a hedge against the erosion of the purchasing power of money, known as currency devaluation. You can diversify your wealth with Gold.

Many financial experts believe that gold is the ultimate hedge against inflation. As a matter of fact, the most consistent factor in determining the price of gold historically has been inflation – because as inflation goes up, the price of gold generally goes up along with it. And the more money that the Federal Reserve prints, the less the U.S. dollar is worth. After Nixon took the dollar off the gold standard, U.S. inflation reached its highest level in 1974, 1975, 1979, 1980 & 1981. During those years interest rates hit an all-time high. The average real return on the Dow was -12.33%, and the average real return on gold was 130.4%.

Today, numerous economic factors are colliding to create the perfect inflationary storm: quantitative easing, loose monetary policy, multi-billion dollar bailouts for banks, special interest handouts, and after the worst pandemic in 100 years --- corporations, municipalities, and large cities in America are in deep, economic distress. America is not only the world’s biggest debtor to China, but the Fed has had to incur even more debt and inject billions into the stock market to keep the economy afloat.

Don't forget, gold is bought and sold in U.S. dollars, so any decline in the value of the dollar causes the price of gold to rise. For now, the U.S. dollar is the world’s reserve currency: the primary medium for international transactions, the principal store of value for savings, the monetary denomination in which commodities and equities are calculated, and the currency primarily held by the world’s central banks. However, now that it has been stripped of its gold backing and is drastically losing purchasing power, Central Banks all around the world are purchasing gold to hedge against all the U.S. dollars that they now hold.

You do not have to pay any sales taxes on your acquisition of gold/silver over $1500 in California. You can hold your metals “year after year,” and you are only taxed when you liquidate.

Current law exempt many precious metal coins from requiring us to collect your personal information and report it to the government (no IRS 1099 form) during cash outs. This means no collection of your personal information by us nor government oversight on your gold coins. These coins have also been exempted from past government recalls. Privately held gold coins are precisely how many wealthy families have passed down their savings to future generations.

Gold is recognized around the world as a symbol of timeless wealth. Gold and silver are highly liquid, meaning they can easily and quickly be converted to cash; and some banks now include gold in their list of liquid assets. You can liquidate any gold you acquire through Monetary Gold, any gold dealer, coin shop, exchange or precious metals firm around the world. Gold is bought & sold 24 hours a day, 7 days a week.

Unlike paper assets, gold has intrinsic value and for centuries it has protected the wealth of kingdoms, empires, monarchies, and generations of everyday investors. It has survived the collapse of countless fiat currencies, inflation, deflation, financial crises, and natural calamities. In today’s economy, most investment strategies possess risk, and holding similarly correlated assets alone -- can put your financial future in jeopardy.

Gold can be counter-cyclical to traditional assets, and it has proven over the long-term to be a counter-balance to other investment classes for many investors, institutions, and central banks during history's most notorious economic downturns. It is commonly called the “crisis commodity” because it tends to outperform other investments during periods of political upheaval and/or economic downturn.

The very same factors that cause other investments to bottom out, will traditionally cause the price of gold to rise – which is why having your assets properly allocated to gold makes for a stable and robust portfolio. As national debt rises, banks fail, and currencies around the world begin to lose value, governments have always rescued themselves with the printing press, making their currency worth less and gold historically worth more. Gold rises highest when confidence in government is the lowest, like right now.

The world has spent the last decade getting deeper into financial crises, while gold has increased from a low of $255.95/oz. to a high of $1821.75/oz. – an astounding rise of over 530%. No investment can guarantee you profit, but the simple fact is that while other asset classes have wildly fluctuated, gold has grown steadily year after year.

Did your financial expert recommend gold back then?

The demand for gold is everywhere, but nowhere more apparent than the voracious appetite of governments and central banks around the world. National central banks bought over 456 tons of gold in 2012. Eastern Central banks purchased a staggering 580 tons of physical gold in June 2013, which represents 25% of the worlds annual gold mine production, making them the largest purchaser of gold during a 7-trading day trading period in history. Central banks added another 650 tons in 2019.

All of this gold buying is to hedge against the billions of dollars in other asset classes that they hold but no longer trust. From 2002 to 2012 global gold demand increased by 600%. Since most spending on gold is discretionary, its market structure is far more diverse than most commodities. About 50% of gold demand comes from the Jewelry sector; 38% comes from investments, while technological applications in industry, medicine and dentistry account for about 12%.

Due to steady, high demand --- the global supply of gold is dramatically decreasing. In the last 10 years, gold related exploration efforts have increased and yet global mining production has decreased. Many of the world large deposits and high-grade gold veins have already been discovered. Much of the gold ore deposits that are ‘easy’ to mine --- the low-hanging fruit, if you will --- are now empty, leaving only the deeper ore that is much more expensive to dig, mine and process. Add gold's diverse uses in jewelry, medicine, machinery, electronics and other applications, and you have a looming supply crisis. 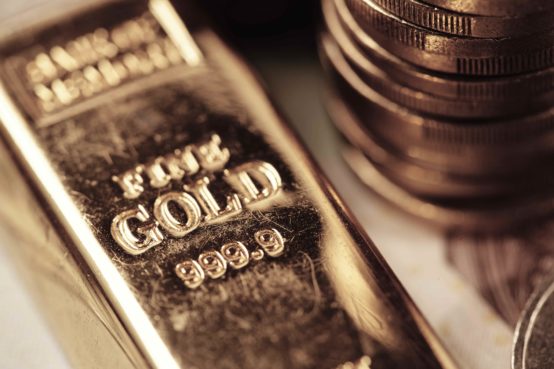 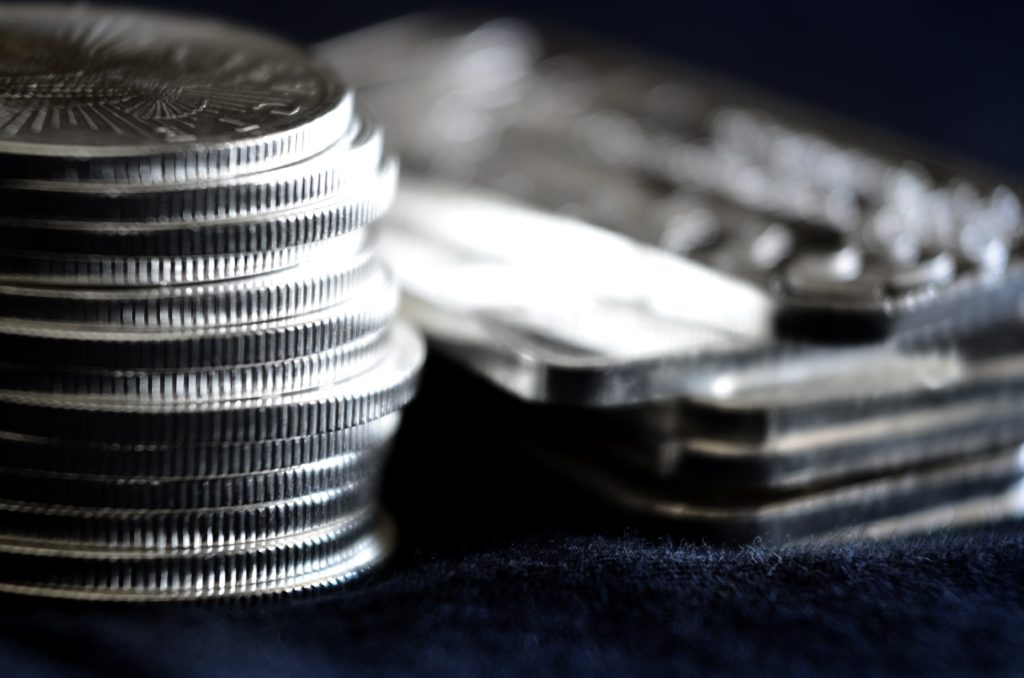 Like gold, acquiring silver helps to improve your portfolio balance since it is also a tangible asset. Silver is often called 'poor man's gold' because it's far more affordable than gold. It also holds a unique position over other metals since it is a critical industrial metal as well as a coveted investment metal.

Silver can also function as an inflation hedge, particularly when the dollar is exeriencing mass devaluation. Like gold, silver is a physcial asset with intrinsic worth, and it has enjoyed a growth rate of more than 27% over the past five years.

Silver was actually the first metal to be used as currency. Silver ingots were employed in trade over 4,000 years ago in ancient Greece. It has been a monetary standard in its own right and remains a compelling safe haven that can protect your savings from economic turmoil. For centuries, silver has helped investors preserve their wealth when paper currencies have collapsed or become critically unstable. With limited supply and exploding global demand, silver seems poised for a value surge that could extend decades.

Silver can be bought & sold 24 hours a day, 7 days a week all around the world.

Current law exempts many precious metal coins from reporting (no IRS 1099 form) during the purchasing and liquidation process --- this means no heavy-handed government oversight of your silver purchases or acquisitions.

The current demand for silver is staggering since it is used in modern cell phones, solar panels, computers, satellites, switches, robotics and digital technology. With supplies evaporating at an alarming rate, silver significantly increased in value over the last decade and actually outperformed gold. Did your financial advisor recommend silver back? More importantly the uses listed below are creating an ideal silver investment window.

Historically the ratio of gold to silver is 16:1, presently it is closer to 78:1. To meet the historic ratio, trading prices of silver will have to climb to a whopping $110 an ounce.

Our use of silver is rampant in almost every sphere of modern life --- from solar panels, to computers, to cell phones, to digital communications and no other metal has been able to replace it. There are over 10,000 industrial applications for silver, and investors from India and China are now consuming massive amounts on a regular basis.

While silver is the least valuable precious metal by weight, it is in very limited global supply. With multiple uses and increasing modern demand, history demonstrates its propensity to soar in market value. Since 2000, silver global mining production has experienced a steady decrease every year due to rising energy prices and labor costs. Silver prices are currently below mining costs! As reported in 2014 by the U.S Geological Survey, there is far less silver in the earth than gold and the former has no more than 15 years of reserves left in the world. This means that 95% of the silver ever produced has already been consumed.